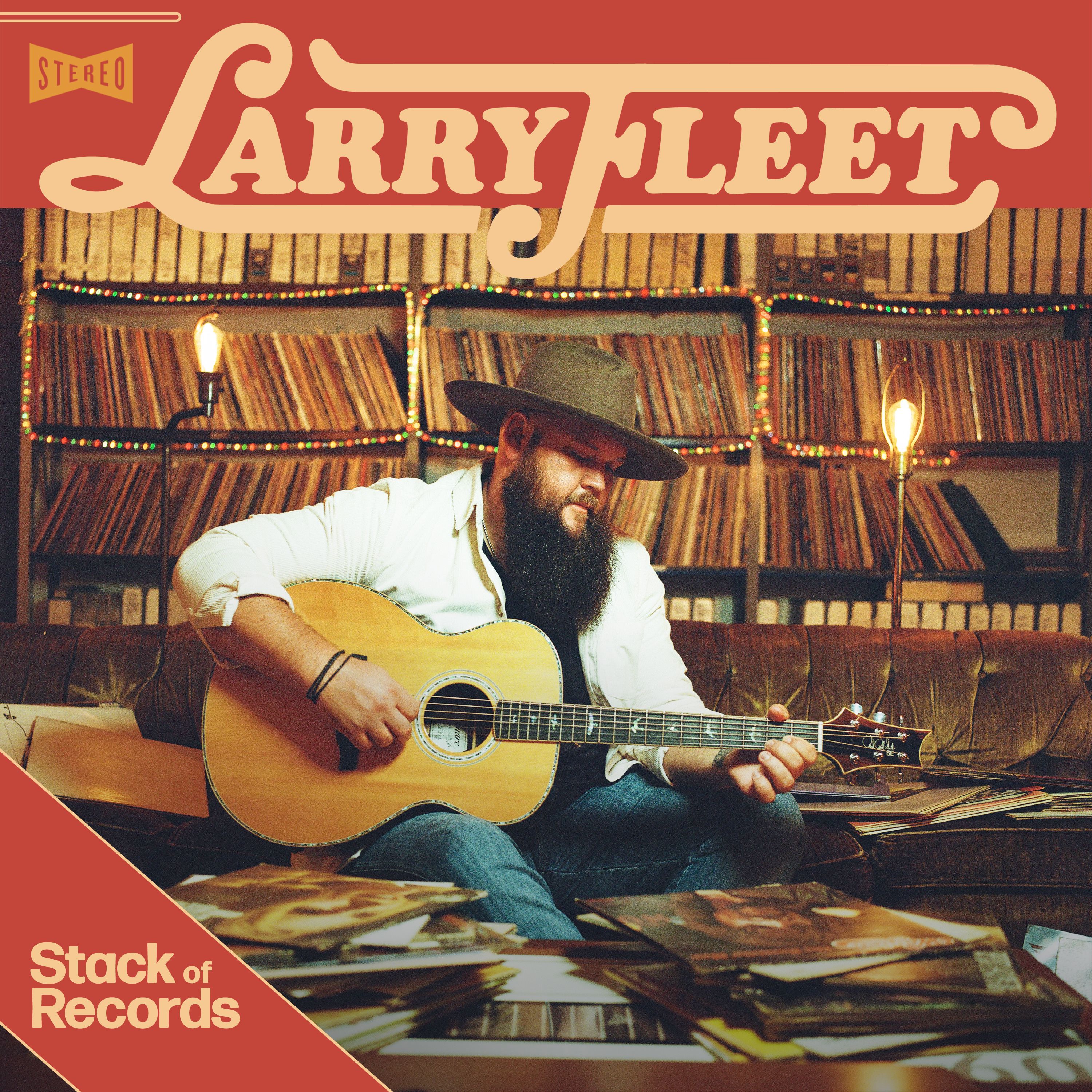 Big Loud Records breakout artist Larry Fleet is set to drop the needle on his full-length album, announcing September 24 for the release of STACK OF RECORDS. Pre-order/pre-save here now.

Produced by Canada's Joey Moi and steeped in Fleet’s organic Country, Southern Rock, and Soul influence, the album follows 2019’s WORKIN’ HARD and the success of his “Where I Find God” single, further revealing a classic Country star for the modern era. The vocal stunner credits his eclectic taste to his parent's record collection, and with STACK OF RECORDS, creates his own artistic style.

“My mom and dad had one of those big record players with the big speakers and they had a little cabinet with all the records in it. I just loved Willie Nelson and dad loved Merle Haggard, the Marshall Tucker Band, Waylon and Hank, and all those guys,” says Fleet. “My mom would listen to soul stuff,” he adds, “and then she’d have Ozzy Osbourne and Pink Floyd so I grew up listening to a lot of different artists. My influences were all compiled in this stack of records…Every song on this record is based off a stack of records.”

Featuring 14 songs and leaning into Fleet’s roots, STACK OF RECORDS finds the White Bluff, Tennessee, native and former construction worker coming into his own, and collaborating with Jon Pardi, Jamey Johnson, and Bryan Sutton.

Offering a new take on gritty-yet-heartfelt Country Soul, Fleet co-wrote each song on the project with top-shelf tunesmiths like Rhett Akins, Brett James, the Warren Brothers, and Connie Harrington. Harrington splits credit with Fleet on the uplifting single, “Where I Find God,” which has revealed Fleet as a talented singer-songwriter and family man, raised on the same small-town values as his fans. After its release in 2020, “Where I Find God” has already racked up more than 32 MILLION on-demand streams, while its official video has been viewed nearly 19 MILLION times on YouTube.

Released today, Fleet’s track “Different Shade of Red” showcases another side of his commanding country style. Written by the rising star with Lindsay Rimes and Michael Whitworth, the romantic blast of backwoods R&B squeezes every last drop of Soul from Fleet’s voice, all about a country boy changed by love.

LISTEN TO "DIFFERENT SHADE OF RED"

Larry Fleet - Where I Find God (Live from the Ryman)

“I’m always excited to release music that I think people will like,” Fleet says about the brand-new track. “And this is just a fun one to play that’s about a good ole boy getting his world changed by all those things a woman does.”

Both songs give listeners a taste of the meaningful, lasting connections Fleet hopes to forge with STACK OF RECORDS, and there’s more to come as its release approaches.

Fleet is currently on the road for a headlining concert tour, and will also appear at fair and festival dates around the country through November of 2021.

**Bonus track available on the physical album and album download

The year is more than half over, but there's still plenty of great music coming — and even more we're hoping to see announced soon.

KEEP UP WITH LARRY FLEET