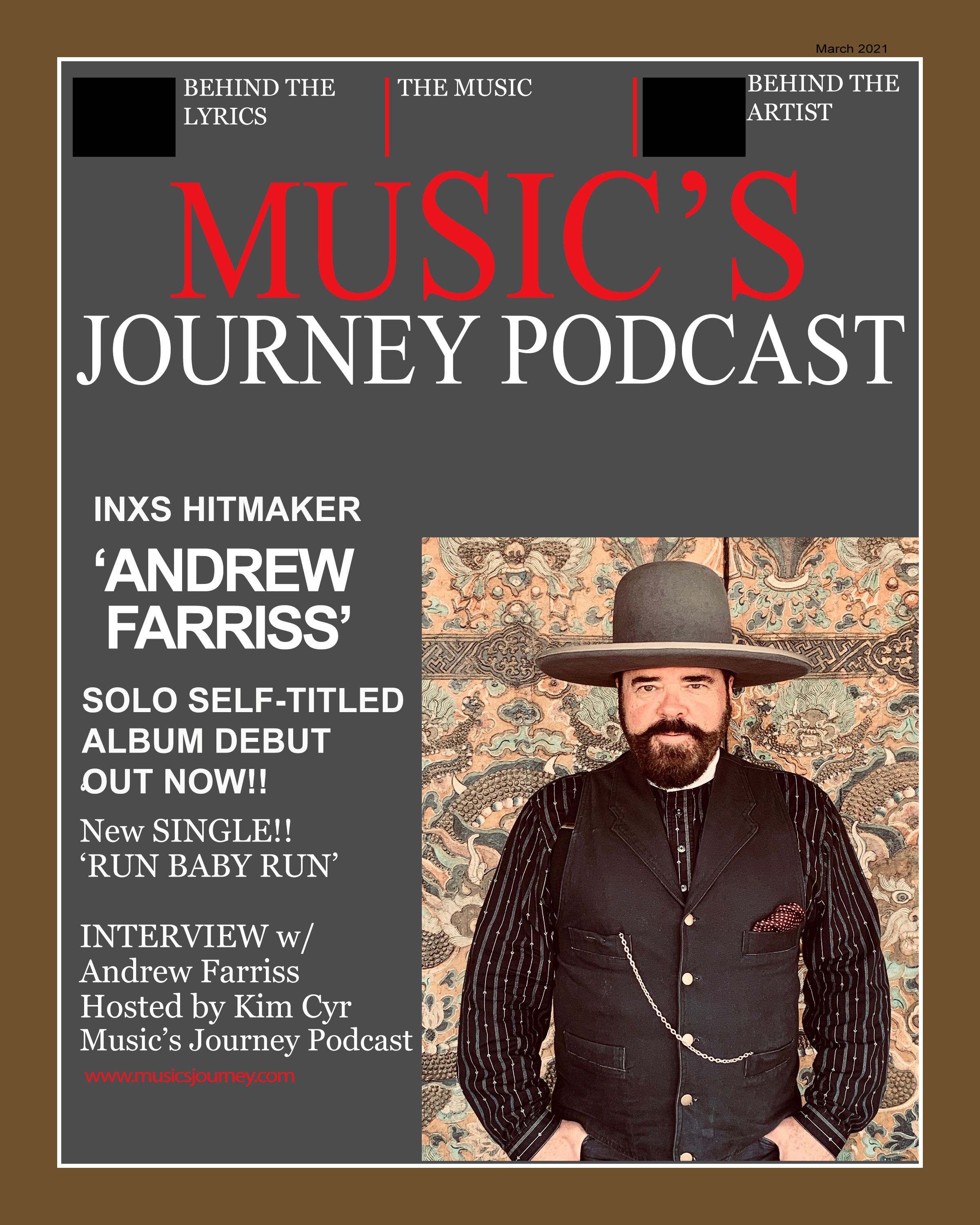 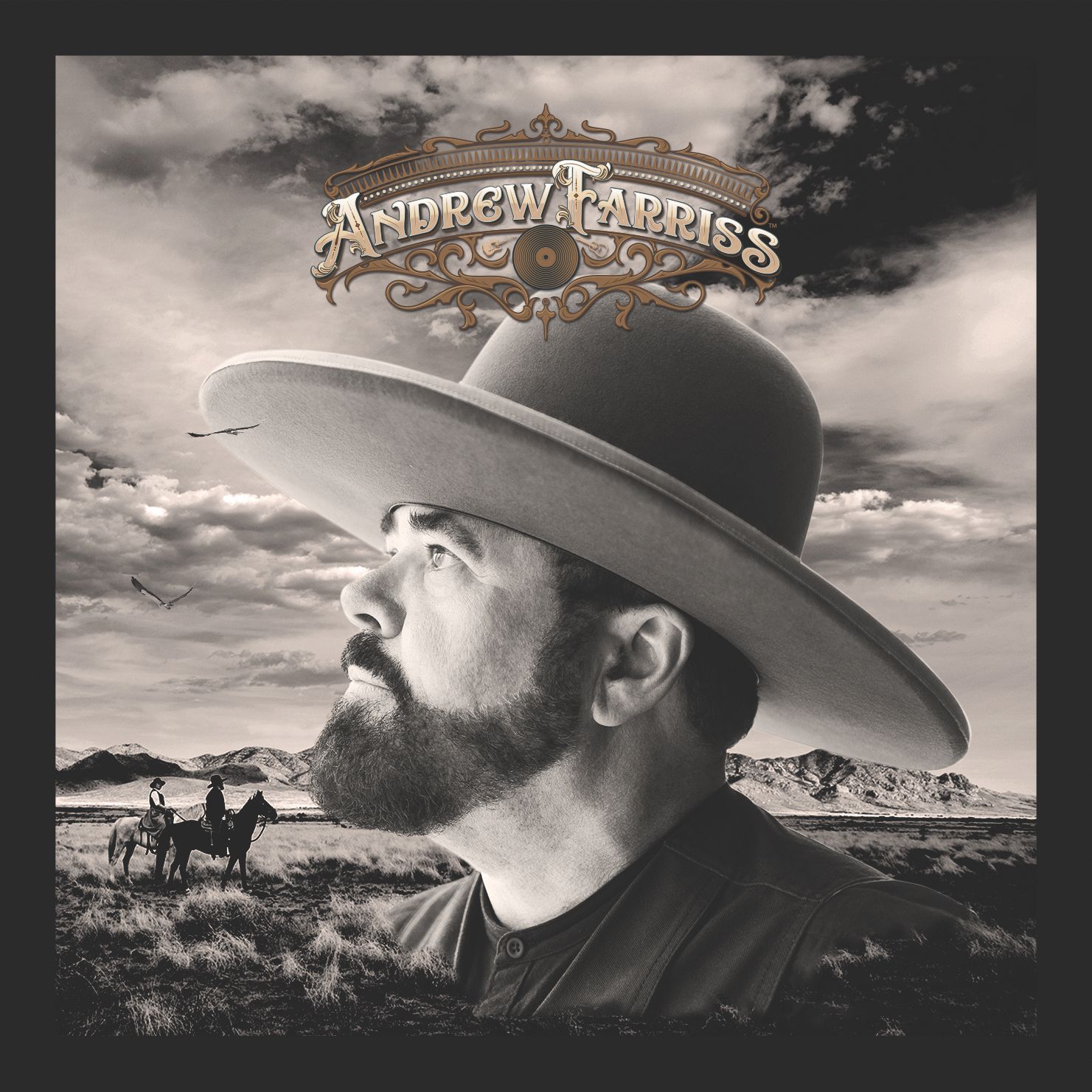 NASHVILLE, Tenn. – Prolific songsmith and country and Americana singer/songwriter Andrew Farriss released his self-titled debut album on March 19th, 2021. Taking fans around the world on a journey through nature, history, love, and cultural spirituality, Farriss has put his whole heart into this work of art and has come up with nothing short of a masterpiece. 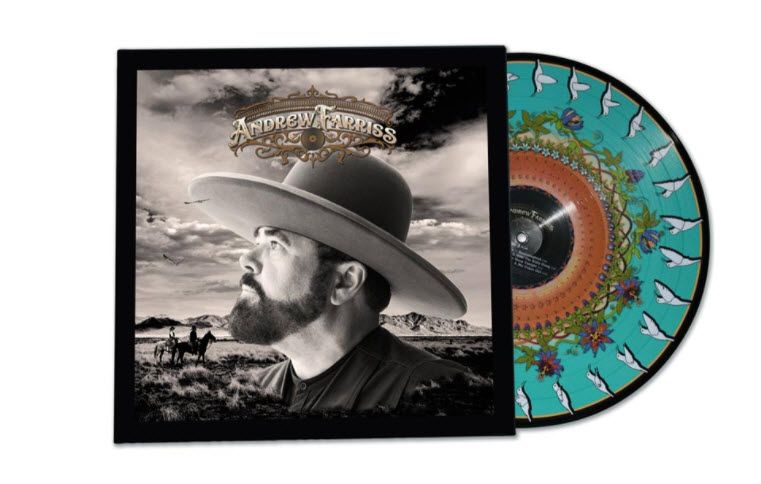 Farriss shares his genuine talents as he shifts into genres that encapsulate all he stands for. Inspired by adventure, exploration, and more, the complete album is now available to download and stream on all digital platforms. With the lead single and music video release of “Run Baby Run” and another album track, “Good Momma Bad” premiering on Cowboys & Indians, there is no containing the potential of this stellar work.

“One of the reasons many people have warmed to country music, is that it isn’t just happy songs,” says Andrew. “It is the sad songs; it is the gritty subjects that some genres of music won’t go near. That is something that attracts me as a songwriter. I don’t want to chase what train everyone else is on, I want to stay true to what I do as a songwriter, and keep a frontier sense of freedom. When I was putting the album together, I steered away from cliches, plus I wanted to put my own personality in it. If my album doesn’t sound like anyone else, then that is good.”

When creating this project, Andrew Farriss left no stone unturned. It was imperative to make a vinyl record like no other that reflects and provides not only a listening experience but a visual one as well. The vinyl, an original work of art in itself showcases a translucent record that comes to life with moving characters and breath-taking animation once it hits the turntable. The cover offers a classic “Western” feel that brings back the traditional qualities that albums once had, yet maintains a fresh new image to keep every collector wanting more.

“As well as digital, I was passionate about wanting my album released on vinyl as I think the music on vinyl is tangible - physically attractive with the right artwork. To me this is important in the current digital music avalanche,” beams Farriss.

Listen to, “With the Kelly Gang” premiere

Building anticipation, Andrew previously shared three singles from the debut. “Come Midnight,” released in 2019, has continued to build a strong following since it first received radio airplay. “Good Momma Bad,” released at the start of 2020, solidified Andrew’s new musical direction and garnered further acclaim. His latest single, “Run Baby Run,” hit airwaves in March 2021. Prior to COVID-19, Andrew’s solo debut was initially flagged for release in March 2020. However, that was put on hold for 12-months. In that time, Andrew released a five-track EP, ‘Love Makes The World’, that spawned two hit singles, the title track which recently took the #5 spot on the Australian country chart, and “All The Stars Are Mine.”

''Andrew Farriss is one of the most accomplished and exceptional artists in rock history,'' says Kim Cyr, Editor in Chief of NOW and THEN Magazine and host of Music's Journey Podcast.  Farriss's skills as a songwriter/producer are showcased in this unique visual storyboard of a collection of songs that bring his artistry to life in his self-titled debut album.   ''It is a masterpiece,'' says Cyr.  Here are some of the questions I asked Andrew Farriss in my interview with him.

1.  What song makes you emotional and why?

About as real and gutsy a song as it gets.

I felt an instant and heartfelt connection to this song, and as a songwriter myself it pushes all the right buttons.

2.  If you could step into the shoes and mind of any artist past or present, who would it be and why?

Farriss - Bob Marley & The Wailers.  Bob was a true master and communicator - a genius.

Love what that group of people achieved, love the Reggae music, love the songwriting, love the attitude to life, and conviction of faith.

After Bob passed, my band INXS was doing another major US tour and Ziggy Marley and the Wailers came out on tour with us for 3 months during the KICK tour.

Later down the road, I recall Ziggy showing me Bob’s bible, as a treasured possession.

I hope they are all well and in good health.

3.  What is your biggest life lesson so far?

Treat others as you’d like to be treated, never lose a great opportunity to keep your mouth shut.

You need good food and clean water and shelter.

You can't eat a smartphone.

4.  When you want to shut out all the noise and stress of the world, what is your favorite thing to do?

Farriss - Read books. Think of positive things in life. Take a gentle walk, if possible with a loved one or friend - find a peaceful location. Eat pistachio nuts.

5.  What is your most useless talent?

Farriss - I know how to repair a flat tire with a vulcanizing kit.

Andrew Farriss - All The Stars Are Mine (Official Video)

When it came to penning the tracks for the album, Farriss had looked within and through personal experience, writing a collection of songs that bring to life stories of outlaws, freedom, cowboys, love, and paints vivid imagery of gun-slinging bandits, Australian history, and international cultural spirituality. With no INXS touring plans in the immediate future, and an abundance of original material in his songbook, Andrew has now launched a solo career that sees him taking aim at the country and Americana; and this is only the beginning.

“I love writing songs and telling stories that hopefully resonate with people. I have not followed any trends or formulas creating these songs. What I have written and recorded is different. I like different, different is good."

Andrew Farriss is a creative, versatile, award-winning artist embarking on an adventure to present his individual talents to the world. Not only did Farriss co-found the iconic INXS mentioned above, but he was also the main songwriter, played the keyboard and guitar, and sang backup vocals for the band. His hard work has paid off as the group went on to be nominated for Grammy, Brit, MTV Music, and ARIA Awards. He alone won producer of the year at the ARIA Awards and has written songs for various albums that have gone triple platinum. Native to Tamworth Australia, Farriss now splits his time between his home country and Nashville, Tennessee. Farriss frequents the Bluebird Cafe in Nashville and makes a highly anticipated yearly appearance at Tamworth’s Country Music Festival in Australia. Nothing can stop Farriss’s creativity and this album is a roadmap of the numerous feats he has achieved.

For more information and everything Andrew Farriss, please visit www.andrewfarriss.com.