“MISS U MORE THAN U KNOW” 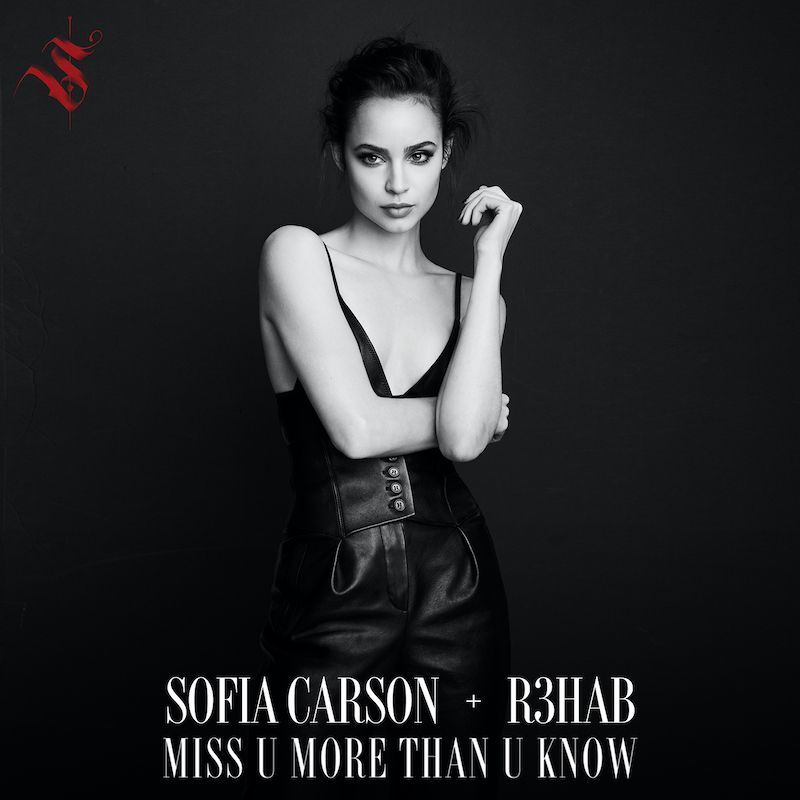 01 JULY 2020 (TORONTO, ON) – Recording artist Sofia Carson and R3HAB premiered their new video for “Miss U More Than U Know” today. The video, directed by miles & AJ, brings R3HAB’s hypnotic beats to life and tells the story of heartbreak while following Sofia through the picturesque streets of Paris during Fashion Week. The video premiered on MTV Live and MTVU, and is now streaming on VEVO.

The single, out now via Hollywood Records/Republic Records/Universal Music Canada, was instantly added to dozens of playlists worldwide, and quickly became one of the Top 10 most added songs in the world, already amassing over 2M streams in its first week.

“Miss U More Than U Know” tells the story of a broken heart wrapped around a hypnotic beat highlighting Sofia’s gorgeous vocals. The universal theme of having to let go of someone you love, and the ensuing emotions of loss and missing that person, more than they’ll ever know, is resonating with hearts around the world.

“Miss U More Than U Know” is Sofia’s third collaboration with R3HAB, following “Rumors,” and their most recent hit "I LUV U,” which was the #1 Most Added song worldwide on New Music Friday playlists on Spotify with 39 countries, plus Top 20 placement in 26 countries and over 28M streams. Earlier this year, she performed “I LUV U” on the #1 morning show ABC’s Good Morning America.  Sofia has also collaborated with Alan Walker, Galantis, and Grey.

In addition to releasing new music, Sofia, a Global Ambassador for Revlon, unveiled the Revlon x Sofia Carson Collection this week, an exclusive collection of her favorite Revlon lip products and nail polish, all in her signature shades. Recently, Sofia starred in the Netflix feature film “Feel The Beat,” available now for streaming on Netflix (www.netflix.com/feelthebeat). The hit film continues to be one of the Top 10 most watched movies in the world on Netflix.

With over 18 million followers on social media, over 1.5 billion streams of her music, a over 2 million subscribers to her YouTube Channel, Sofia Carson is a force of nature, rising to the top of all she endeavors with grace and style in the world of entertainment.  Sofa’s music career has garnered her a #1 Billboard album, two RIAA Gold-Certified Albums, and numerous award nominations. Sofia was named the first global ambassador to the Latin Grammy Cultural Foundation.  She serves as a global ambassador to Revlon as well. Sofia is involved in multiple philanthropic organizations including UNICEF, Make-A-Wish, the Ryan Seacrest Foundation and WE Movement.  As an actress, she is best known for her role of “Evie” in Disney’s global phenomenon “Descendants” and the critically acclaimed Freeform television series “Pretty Little Liars:  The Perfectionists.”  Sofia Carson is a fashion icon; constantly topping the most prestigious best dressed lists and showcasing her feminine yet fierce style at fashion week shows worldwide.