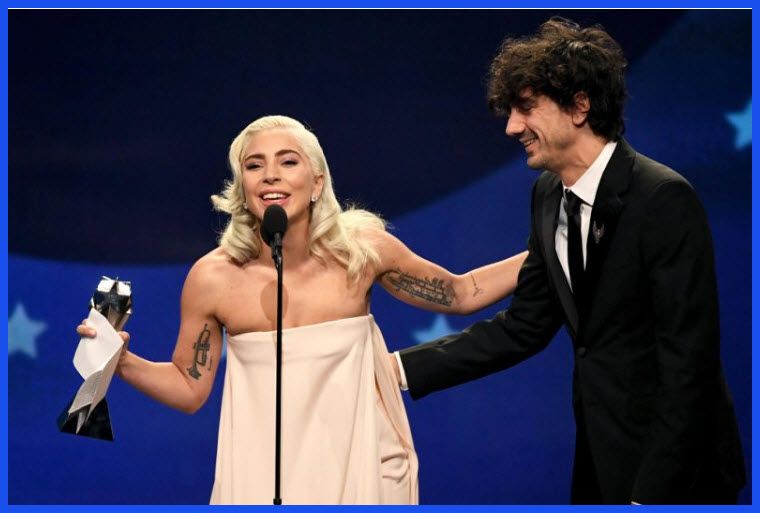 The critics have spoken.

"Roma" has been named the best film of 2018 at the 24th Critics' Choice Awards, reinforcing its position as the clear critical favorite among the year's films.

The awards were presented on Sunday evening at the Barker Hangar in Santa Monica by the Broadcast Film Critics Association and Broadcast Television Journalists Association.

In addition to winning in the Best Picture category, Alfonso Cuarón's black-and-white Spanish-language drama won the award for best foreign-language film, while Cuarón himself received awards for his directing and cinematography.

While "Roma" has won far more critics' awards than any other 2018 film, the Broadcast Film Critics Association can be a very mainstream group in its tastes, so Bradley Cooper's "A Star Is Born" was considered a real contender for the top award going into the show. But Cooper's film has now lost two consecutive best-picture awards, to "Bohemian Rhapsody" at the Golden Globes and now to "Roma" at the Critics' Choice Awards, making a win at Saturday's Producers Guild Award a must for the film.

"A Star Is Born" did win two awards on Sunday, both of which went to Cooper's co-star, Lady Gaga. She and her co-writers won the Best Song award for "Shallow," and she tied with Glenn Close ("The Wife") in the Best Actress category.

It was one of two ties at the Critics' Choice Awards, the other coming between Amy Adams ("Sharp Objects") and Patricia Arquette ("Escape at Dannemora") in the lead actress in a miniseries or TV movie category.

Other films that won multiple awards included "Vice" (best makeup and hairstyling, plus best-actor and best-actor-in-a-comedy awards for Christian Bale), "If Beale Street Could Talk" (adapted screenplay and supporting actress, for Regina King), "The Favourite" (ensemble cast, and actress in a comedy for Olivia Colman), "Firt Man" (editing and score) and "Black Panther" (production design, costumes and visual effects).

"Spider-Man: Into the Spider-Verse" won the award for animated film, "A Quiet Place" was named best sci-fi or horror film and "Mission: Impossible – Fallout" took the award for action movie in a ceremony with so many categories that many of them were presented off the air.

While the true indicators of who has the upper hand in a tight Oscar race will come with the Producers Guild Awards on Jan. 19 and the Directors Guild Awards on Feb. 2, the Critics' Choice Awards pride themselves on being an accurate predictor of the Oscars.

Also read: The Oscar Race Is Still a Mess After the Globes and Guilds Have Spoken

In recent years, a little more than 70 percent of CCA winners have gone on to receive the Academy Award. The two shows have 18 categories in common, and the number of matching winners has ranged from a high of 16 last year and in 2014 to a low of only eight in 2015.

The Critics' Choice winner has gone on to win the Oscar Best Picture 14 times in the CCA's first 23 years, including 13 times in the 18 ceremonies since 2000.

See who took home trophies for this year’s best TV shows and movies at the 2019 Critics Choice Awards, broadcast Sunday night on the CW, below.

“The Grinch”
“Incredibles 2”
“Isle of Dogs”
“Mirai”
“Ralph Breaks the Internet”
“Spider-Man: Into the Spider-Verse” – WINNER

BEST ACTOR IN A COMEDY

BEST ACTRESS IN A COMEDY

BEST ACTOR IN A DRAMA SERIES

BEST ACTRESS IN A DRAMA SERIES

BEST ACTOR IN A COMEDY SERIES

BEST ACTRESS IN A COMEDY SERIES

BEST MOVIE MADE FOR TELEVISION

BEST ACTOR IN A LIMITED SERIES OR MOVIE MADE FOR TELEVISION

BEST ACTRESS IN A LIMITED SERIES OR MOVIE MADE FOR TELEVISION