LOPHIILE Debut EP ‘To Forgive’ IS OUT NOW ! 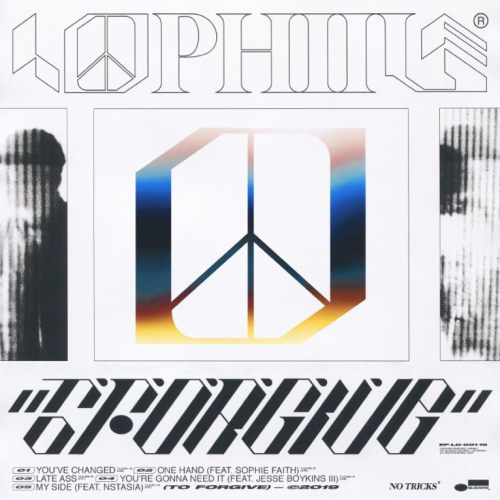 Multi-instrumentalist and producer lophiile returns to share his new single, "You've Changed", out today via No Tricks/Blue Note Records/Universal Music Canada, the country’s leading music company. The song follows his work as a member of contemporary R&B trio Radiant Children, who released their debut EP, TRYIN', in 2018, and his single collaborations with Freddie Gibbs, Vic Mensa and Nick Grant. The new track is another prime example of lophiile's ability to create genre-bending tracks that seamlessly capture his influences based in Hip-Hop, R&B, and Jazz. Listen to “You’ve Changed” HERE.

To coincide with the new single, lophiile is also announcing his new EP. To Forgive will arrive on February 21 via historic Jazz label Blue Note Records/Universal Music Canada, with campaign creative direction by Brooklyn-based creative label No Tricks. The EP enlists vocal contributions from Jamaican-American artist Jesse Boykins III, UK-based artist Sophie Faith, and American R&B singer NSTASIA, and delves deeper into the spirit of lophiile as an artist, offering a distinct tangible experience with each song in the form of accompanying visual art pieces. In addition to being a torchbearer for a generation of producers melding jazz, hip-hop and R&B sounds, To Forgiveopens the door to the next stage of lophiile's career as a fully-realized artist.

Known for bringing hip-hop energy into electro-funk and R&B, lophiile (real name: Tyler Acord) made a name for himself as a go-to producer for breaking artists. Now, he's showing fans a fuller portrait of his diverse musical vision with a debut EP on Blue Note Records. Titled To Forgive, it's a forward-thinking, open-minded portrait of contemporary jazz.

Born into a deeply musical family - his mother was a gospel singer and his father was a trumpet player and sound engineer - Acord had early introductions to Motown and soul, from classics like Stevie Wonder and Marvin Gaye to contemporary artists like Jill Scott and India Arie. He fell in love with hip-hop as a teenager, studied jazz in college, and spent three years touring with his twin brother's hardcore band, Issues, as their drummer/keyboardist and traveling DJ. But his dream was always to make his own music. In 2015, he returned to Los Angeles and wrote and produced for some of indie and electronic music's most promising artists: GoldLink, H.E.R., Gallant, Ray Blk, Moss Kena, Nick Grant, Freddie Gibbs, Skrillex and Zedd. It was through these sessions that he met Marco Bernardis and Fabienne Holloway, two London musicians who shared his vision for jazz as the ultimate musical hybrid. Together, they formed Radiant Children, a contemporary R&B band that uses slick electronics, imaginative samples, and live instrumentation to breathe new life into funk and soul.

In 2018, Acord relocated to London full-time. It was there that he put the finishing touches on To Forgive (out February 21), a thorough, thoughtful commentary on the duality of forgiveness: rage and release, bitterness and love, darkness and light. His single, "You've Changed", is a mesmerizing journey of jazz motifs, hip-hop rhythms, chopped-up vocal samples and soulful piano. It's a perfect introduction to his musical vision in which instrumentation and flow are front and centre. "lophiile represents the search for my sound, my independence," he says. "It's who I am as an artist."