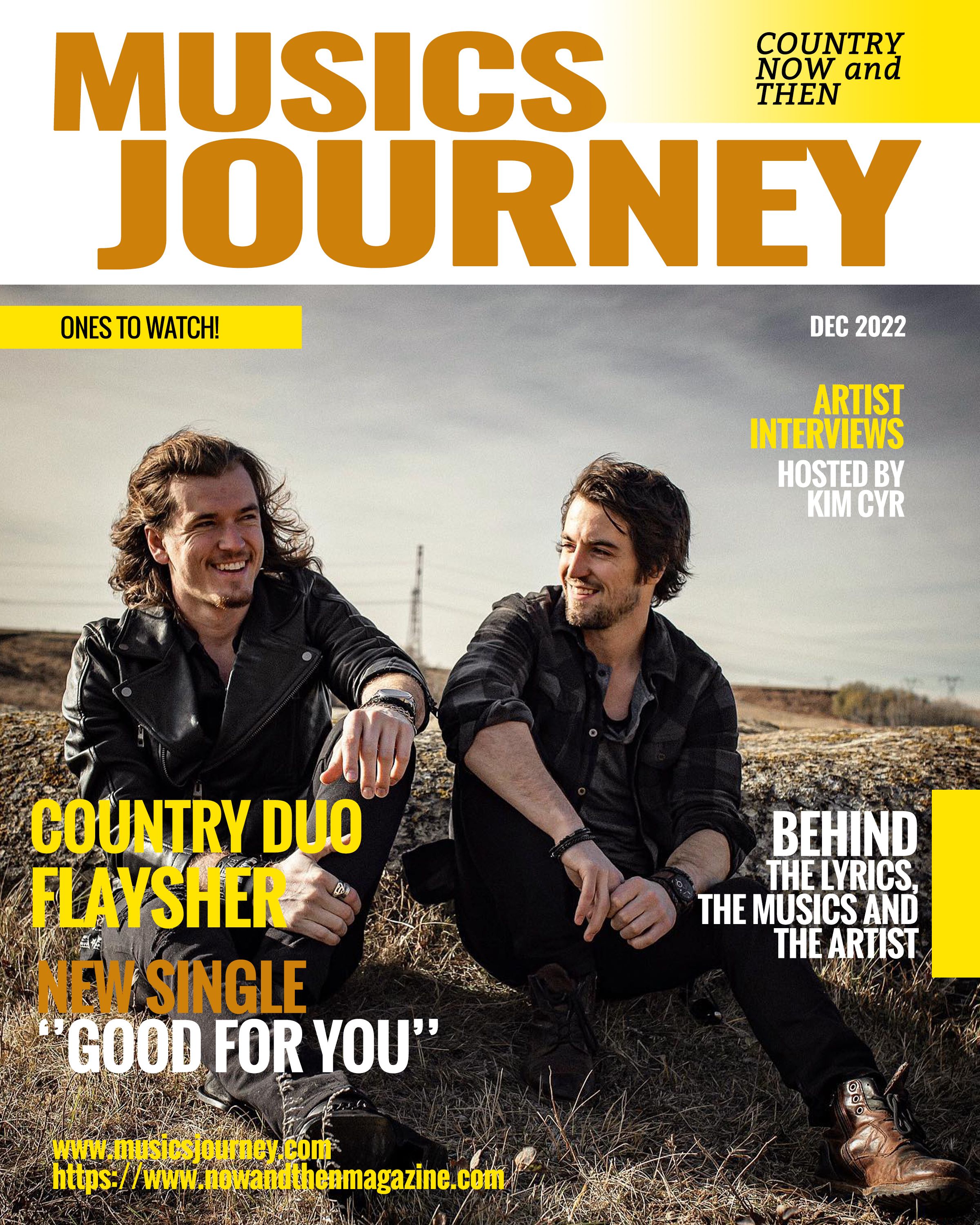 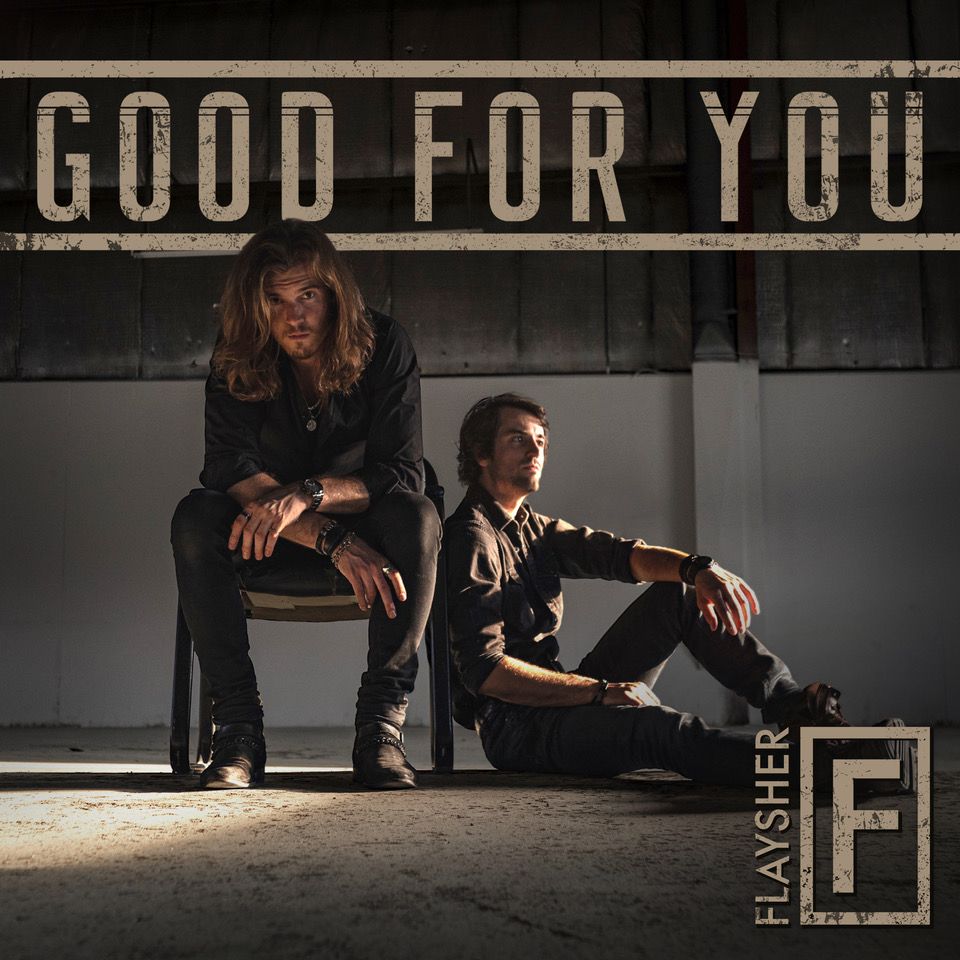 Rooted in the influence of their farmland upbringing, Flaysher, born and raised Albertans, take their identifiable grit and edgy tones to a whole new level. You can almost hear the sawdust in their voices from growing up working for the family business. Their single "Good For You" speaks to the stubborn side in all of us – coming to terms with missing an ex, but refusing to change who we are to go chase them.  This song was produced by the incredible Dan Swinimer who has worked with some of the best  (Billy Currington, Tenille Townes, Madeline Merlo, Tim Hicks, to name a few).

Flaysher is a CMAB Award-nominated Canadian country duo and Top 12 finalist in Alberta Music's 2021/2022 PROJECT WILD competition. They have grit in their blood harmonies and unvarnished truths in their lyrics. Inspired by the storytelling in 90s country and the high-octane energy of heartland rock classics, Flaysher’s songs are rooted in the influence of their upbringing. Raised in small-town Airdrie, you can almost hear the sawdust in their voices from growing up on dusty job sites working for the family business.

Flaysher's new single, “Good For You,” has undeniable hometown country tones, Flaysher’s identifiable edgy tones are taken to a new level. This translates into their most raw single to date. The song speaks to the stubborn side in all of us – coming to terms with missing an ex but refusing to change who we are to go chase them.

“We had a blast recording this one with Dan Swinimer. It’s a little more of the rock growl mixed in with classic country music storytelling. The song is introspective while also boldly acknowledging that sometimes a relationship just isn’t the right fit.”

Flaysher’s single, “Wild One,” was released in February 2022. It was written by Nashville heavy hitters Tebey, Emma-Lee, and Karen Kosowski and was produced by Dan Swinimer (Billy Currington, Tenille Townes, Madeline Merlo, Tim Hicks, to name a few). The track is their highest streaming single to date and increased their Spotify listenership by +11,000%.

Their debut single, “Flat Broke Famous," was produced by Juno award-winning producer, Matty McKay (Brett Kissel) and was released in March 2020. The brother’s February 2021 sophomore single, “Ride,” was well received by Canadian country radio and garnered the support of Sirius XM/CBC Country. “Coastin,” which was released in July 2021, continued this upward trend with adds on 22 radio stations as well as a spot on SiriusXM/CBC Country. The track also had Flaysher named the “Most Active Indie” artist (all genres) at Yangaroo’s DMDS for the week of July 16, 2021.

Prior to expanding their sound and leaning into country, Flaysher had their start as a classic rock cover band. They performed over 200 shows in their teens and won the Olds Rock 104.5 star search contest in 2015. They released “Starting Over” in 2016, a rock EP that was bursting at the seams with the unwavering optimism and relentless vitality they had when they hit their 20s.

These true blue-collar boys are known for their high-energy live performances. They’ve performed at Country Thunder and the Calgary Stampede, headlined the Alberta Summer Games to an audience of over 6,000 people and sold out the King Eddy (Calgary, AB) multiple times. Every time they hit the stage you can’t help but feel the passion these two brothers have for performing and lifting people up.

''Albertan brothers, Brad and Ryan, country's hot duo Flaysher, are ones to watch,'' says Kim Cyr, Editor in Chief for NOW and THEN Magazine, radio host, and host of the International Music's Journey Podcast.  ''I had such a great time getting to know Brad and Ryan.   I love it when I come across artists like Flaysher who understand music deeply and are so talented as songwriters with an incredible future in the music industry.  I am going to be watching this country duo and if you haven't heard of Flaysher before, you are going to want to check them out.''

To hear my interview with Brad and Ryan, country duo Flaysher, click on the link below.