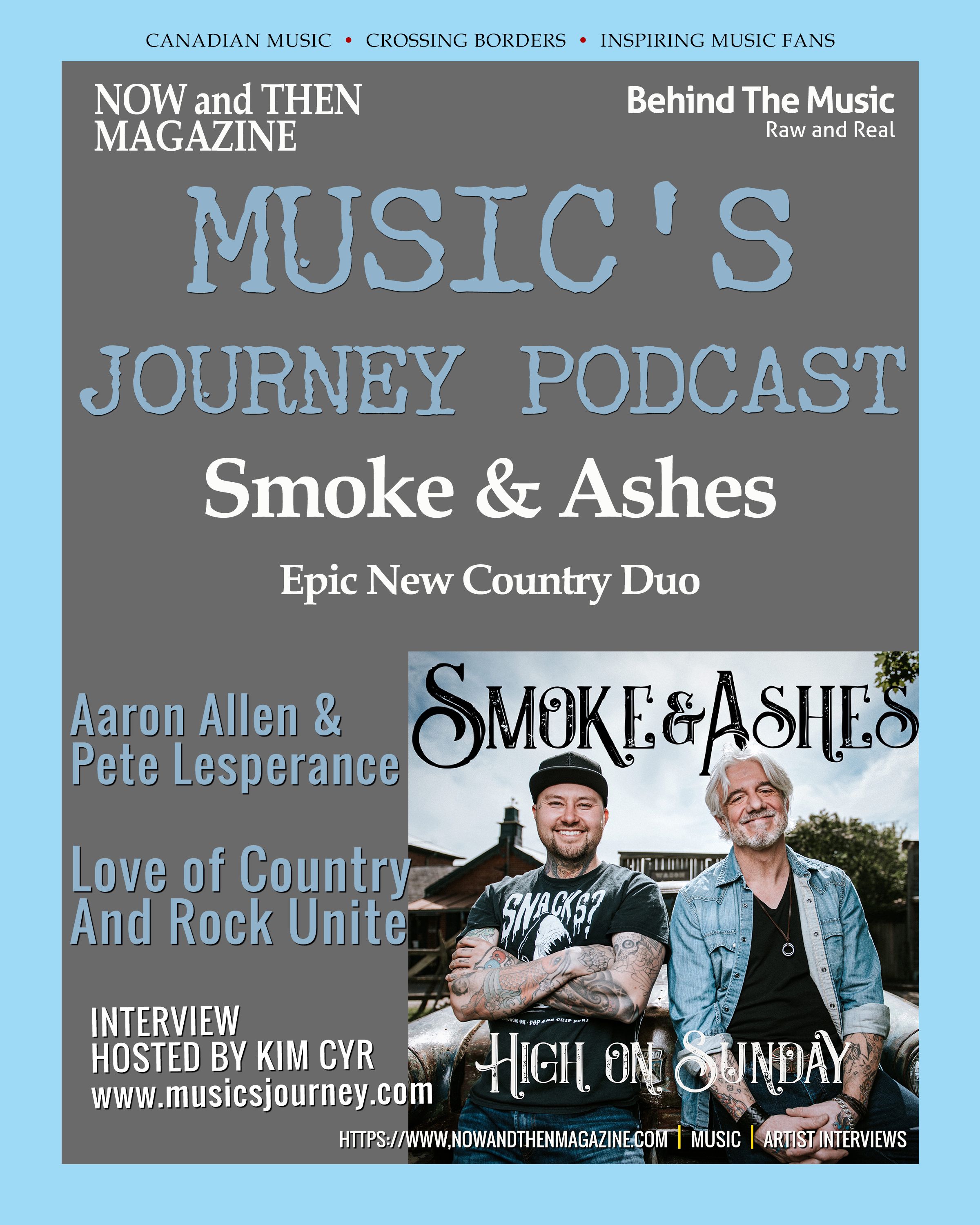 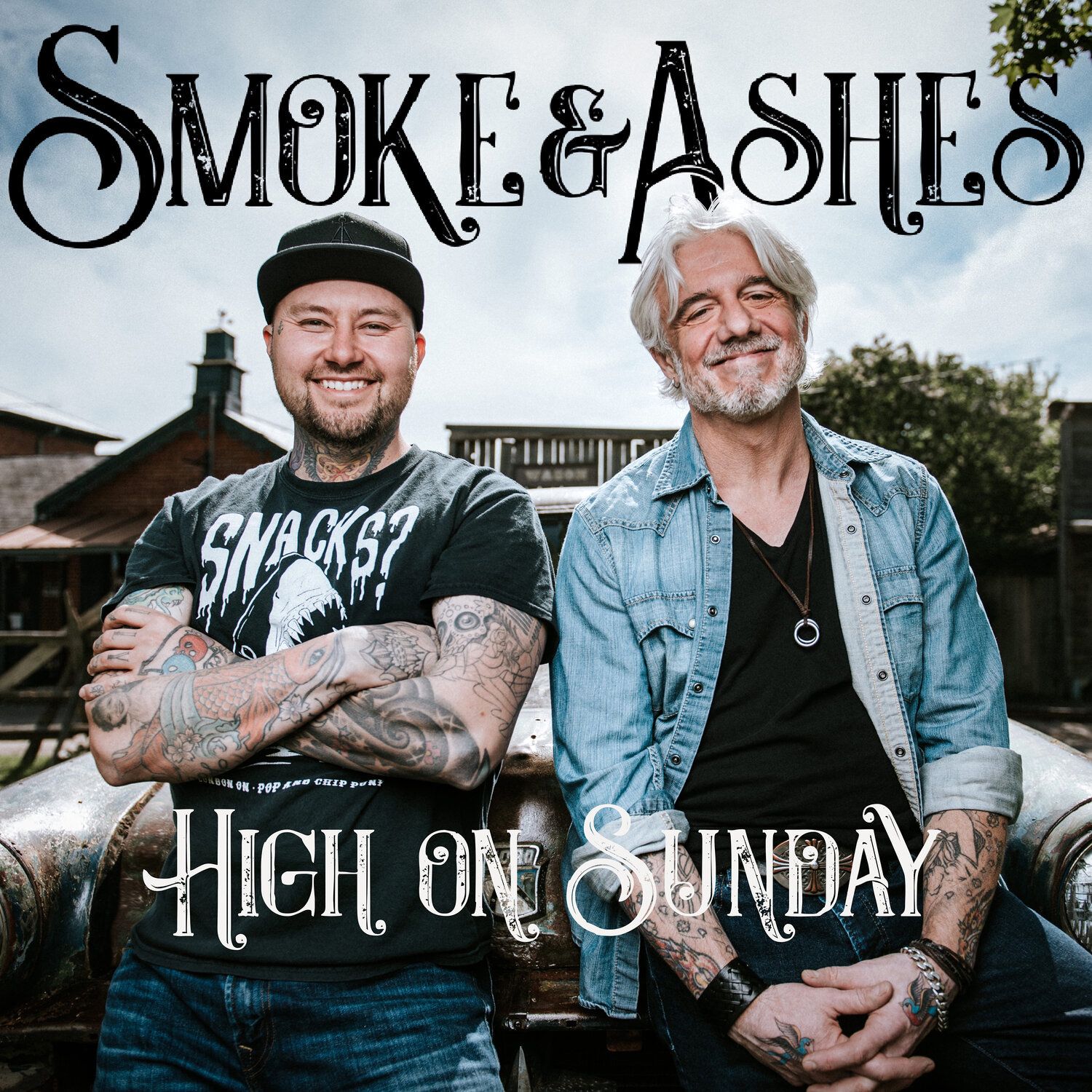 Smoke & Ashes is a Canadian Country duo featuring Pete Lesperance and Aaron Allen. The creative alchemy and energy between Lesperance and Allen were like a match thrown on gasoline for their first songwriting session in April of 2021. The resulting creative gold has led to the inaugural Smoke & Ashes single “High On Sunday” having been added to multiple Apple Music and Spotify curated playlists, a Canadian Country radio release date of July 12, and the forthcoming Smoke & Ashes EP set for release in Fall 2021.

Over the last several years, Pete Lesperance has been known as one of Canada’s most in-demand session musicians having played electric guitar, acoustic guitar, banjo, dobro, lap steel, and pedal steel on radio singles by artists including The Washboard Union, Dan Davidson, Lennon & Maisy, Nice Horse, Chris Labelle, Jessica Mitchell, River Town Saints, Dustin Bird, David Boyd Janes, Aaron Allen and many, many more on the Canadian radio airwaves. Lesperance is also known globally, for his 15 studio albums that have sold over a million units worldwide, as the guitarist, co-writer, and co-founder of Harem Scarem.  Lesperance additionally added 2020, 2021 nominations for CMAOntario "Producer Of The Year" to his resume with recent producer, recording, and mixing credits for Canadian Country artists Brea Lawrenson, Tareya (Autumn Hill), and now as the co-vocalist, co-writer, producer, mixer and performer for Smoke & Ashes.

Singer / Songwriter, Aaron Allen’s number just seems to keep coming up! Allen burst onto the scene in early 2019 with his debut single “Where Music Comes From” which to date has been streamed over 1.1 million times on streaming platforms including Apple Music, Spotify amongst others. Aaron Allen’s subsequent EP, “Highway Mile”, released in February of 2020 resulted in Apple Music naming Aaron Allen their "Apple Artist of the Week" shortly after the EP’s release. The “Highway Mile" EP has amassed over 4 million streams with multiple singles breaking the Top 100 on the radio. “Highway Mile”, currently nominated for "Record of the Year" at the 2021 CMAOntario Awards as well as Allen’s nomination for "Male Artist of the Year". In 2020, Aaron Allen was named winner of the CMAOntario "Rising Star" award and additionally caught the attention of Arts & Crafts Music resulting in a publishing deal with the highly regarded company.

So what then is Smoke & Ashes all about? It’s about two wildly talented songwriters, performers, and recording artists who have plied their trade for decades and it’s no surprise that the convergence of great talent and great people can lead to exceptional results.

This first Smoke & Ashes single, “High On Sunday”, is a hook-laden song that embodies musical distinction, color, and texture for Country music fans who crave songs they can sing along to and all with undeniably modern production, world-class musicianship, and unique character that separates Smoke & Ashes from the pack.

''If High On Sunday is any indication of what we’re going to get on the upcoming EP, then we have something special to look forward to,'' says Kim Cyr.   Smoke & Ashes are ready to deliver songs that country music fans can sing along to, have some fun with, and most importantly, hit play and enjoy along with the rest of their playlist favorites,'' says Kim Cyr, Editor in Chief for NOW and THEN Magazine, host of the International Music's Journey Podcast and radio host/personality on 91.3 FM Bluewater Radio.  To hear this amazing interview, click on the link below.

To check out my full interview, click on the link below.  Don't forget, you can check all the interviews with the artists your love on www.musicsjourney.com.  You can also listen to all the podcast interviews on all streaming platforms under Music's Journey Podcast.