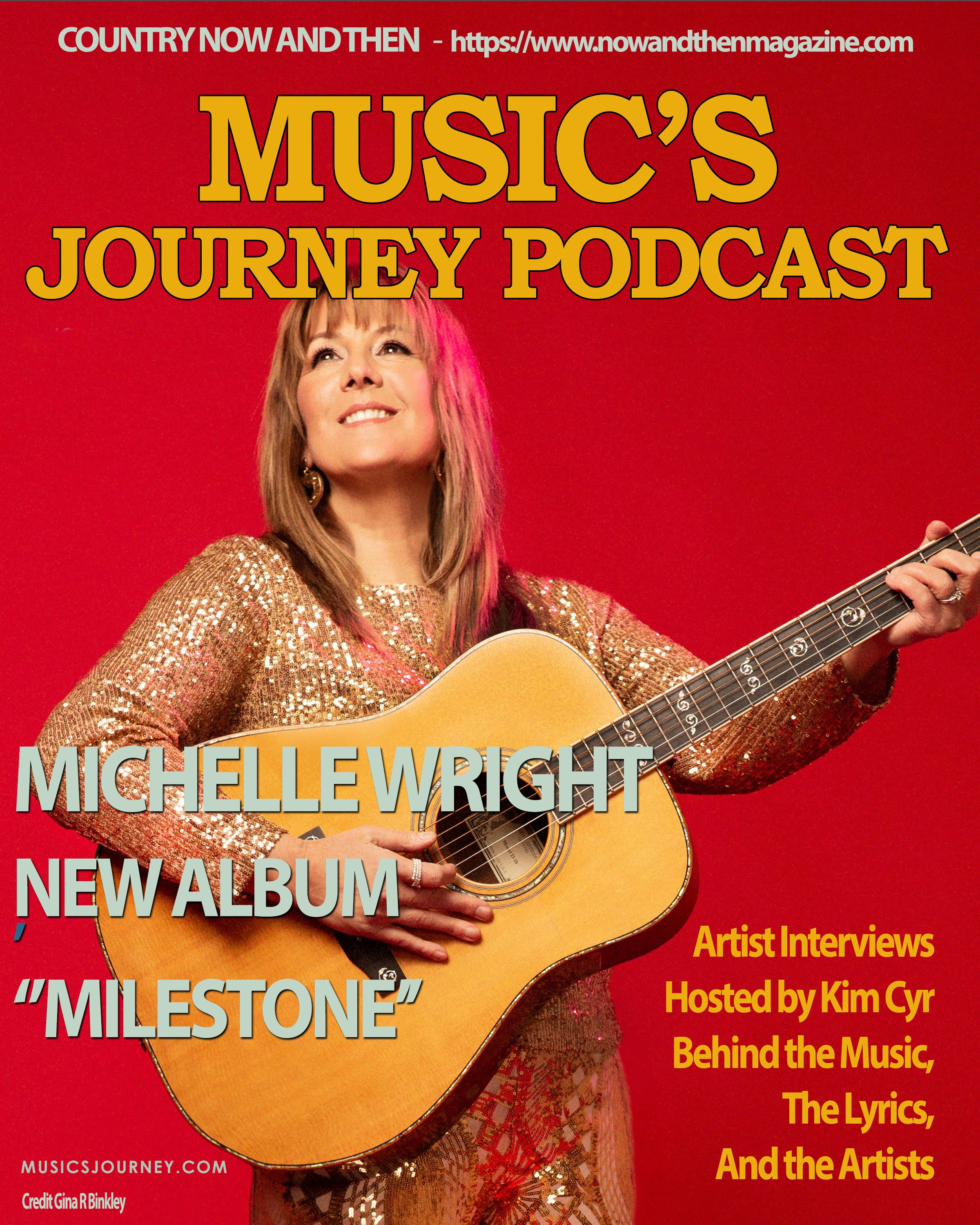 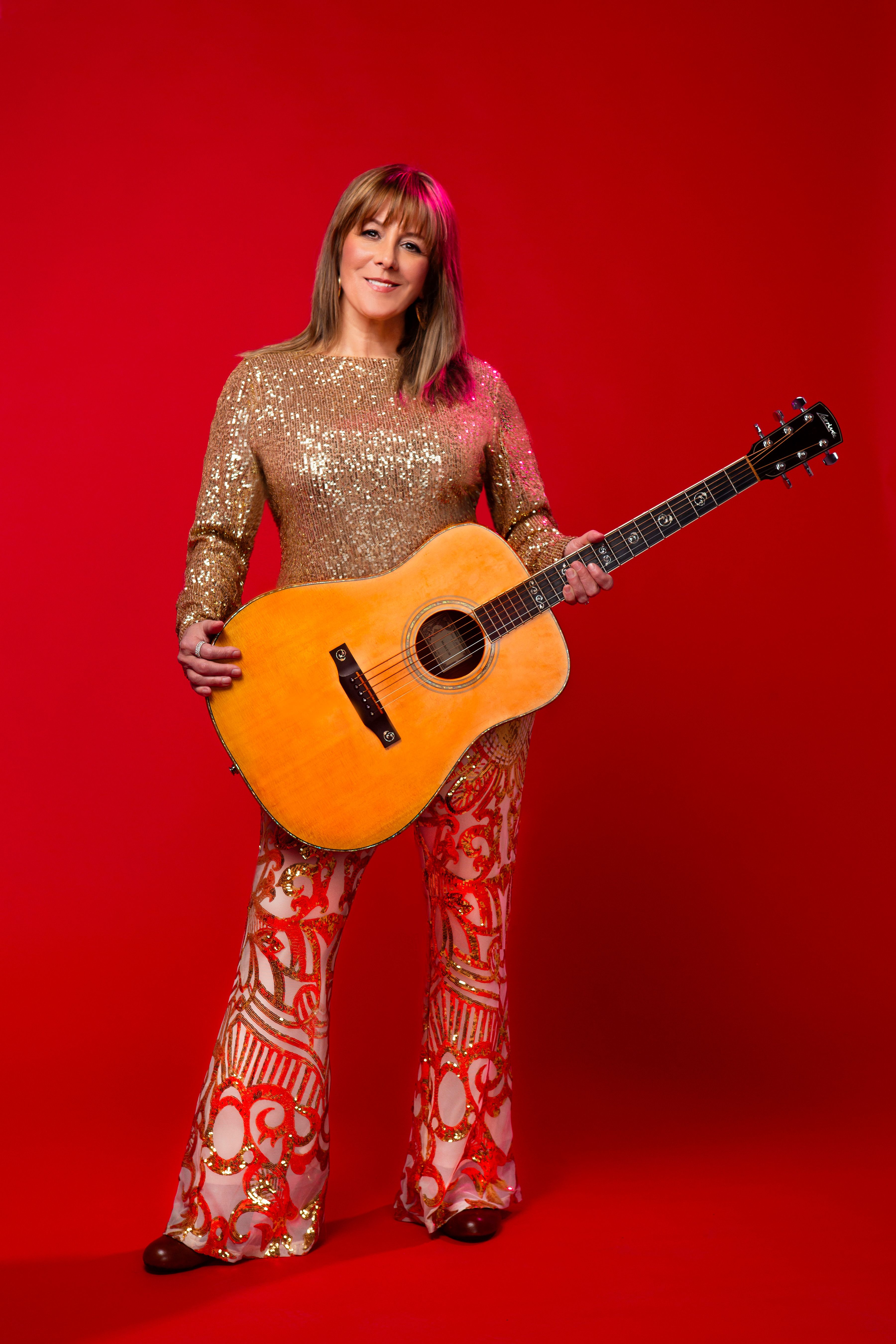 Michelle Wright is celebrating the 30th anniversary of her debut album, Now And Then on the Arista label, which produced a total of six singles including "One Time Around," "Guitar Talk," "He Would Be Sixteen," and the song career-changing hit changed everything, "Take It Like a Man."

Released in February of 1992, Take It Like A Man made Michelle the first Canadian‐born artist to have a Top Ten hit in the U.S. a #1 video on CMT‐USA and the first Canadian to win a major U.S. music industry award-winning the Academy of Country Music Top New Female Vocalist award in 1992. Michelle’s career skyrocketed with the success of “Take It Like a Man” as she garnered a total of twelve music industry awards, including the 1993 Canadian Country Music Association’s Fans’ Choice Entertainer Of The Year award and double platinum awards for Now & Then the same year.

The career that followed is one that many artists dream of having. A total of twelve album releases have sold millions of copies and produced twenty‐five Top Ten radio hits. Michelle enjoys an international career that has seen her grace concert stages across North America, Europe, Africa, South America, Australia, and Asia. She has walked to podiums in music centers like Los Angeles and Toronto to accept more than forty major awards, including her 2011 induction into the Canadian Country Music Hall of Fame.

Michelle has released a total of twelve albums, sold millions of records, and produced twenty‐five Top Ten radio hits. Michelle has performed in concert halls and stages across North America Europe, Africa, South America, Australia, and Asia, and in 2011 was inducted into the Canadian Country Music Hall of Fame.

In 2021, when Michelle began work on her tenth studio project, she once again teamed with producer Bob Funk (the husband of the newest inductee into the Canadian Country Music Hall of Fame, Patricia Conroy). "I'm so happy to be back in the studio working with Bob, and I am very excited about the new music that we are making. 2022 is the 30th Anniversary of the release of my Now & Then album. Ironically, that album’s title describes what it is that we are celebrating with this new music, so Milestone just seemed to fit.

Michelle describes the new project by saying, "Growing up in Merlin, ON, I spent many Saturday nights watching my mother and father playing music in their country bands. We would also spend long hours working the farm and listening to the sounds of R&B and Motown coming across the border from Detroit on our transistor radio. Making this record, I once again drew on all of my country influences and those R&B/Motown sounds. Blending these influences is a natural, authentic way to express me in my music. It always has been that way and always will be.”

One of the tracks on the new project is "Small Town," a song that I co-wrote with Rick Ferrell and up-and-coming Canadian singer/songwriter Danielle Bourjeaurd. It was our first time writing together, and as we were tossing around ideas, Danielle began to ask me questions about my career. It was fun to reminisce, and at one point, she said, "That's what we need to write. We need to write your story." At first, I wasn't so sure if I wanted to write about myself, but once it started to present itself on the page, the song unfolded organically. In 3 minutes and 38 seconds," Small Town" says so much about the road that I've been on all these years. It makes me smile when I listen to it."

Michelle Wright, the Canadian Country Music Hall of Fame icon, logs the mile markers of her career with her co-penned new release Small Town track produced by Bob Funk, available on all platforms. Small Town serves as the lead single from her new album Milestone on BFD / Audium Nashville dropping in August. Michelle debuted the single she co-wrote with Danielle Boujeaurd and Rick Ferrell at her Country Music Association of Ontario and CMA Music Festival performances.

While the song serves as snapshot of her journey, fans have been dancing to this summer country smash with a pavement pounding Motown beat that drives the single. It’s only fitting that Michelle would dial in on the sound of Motor City as she was reared in the border town of Merlin, Ontario, Canada, a farming community of around 700 an hour away from Detroit.

Michelle has been traveling the world this year celebrating the 30th Anniversary release of her breakout album Now & Then. That project featured her signature hit Take it Like a Man alongside fan favorites, the storytelling, powerful ballad He Would Be Sixteen, and party starter Guitar Talk.

Michelle Wright continues to do what she loves to do; write songs and play them for audiences worldwide. With the release of Milestone (BFD/Audium Nashville), she showcases the distinctive musical style that has been the hallmark of her career.  To order Milestone, click HERE.

''Milestone is a special album by Canadian Hall of Famer Michelle Wright,'' says Kim Cyr, Editor in Chief for NOW and THEN Magazine, radio host, and host of the International Music's Journey Podcast.  ''It is always amazing to sit down with Michelle to talk about her incredible music career that has led her right to this moment with her new project Milestone.  I had the chance to sit down and talk with Michelle about all 10 songs on this special project.  I have so many favorites on this album and I know you will too.  To hear my interview with country star Michelle Wright, click on the link below.