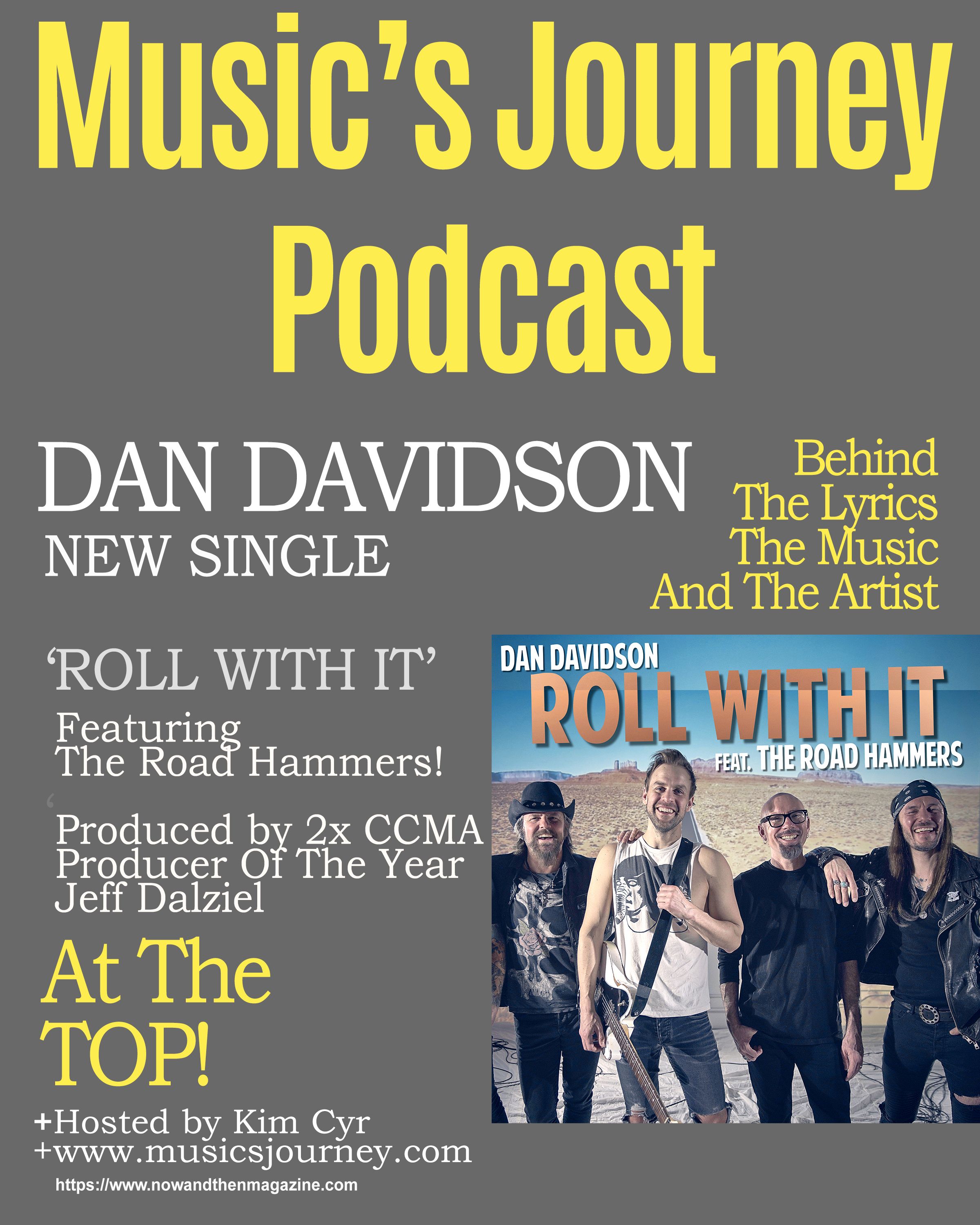 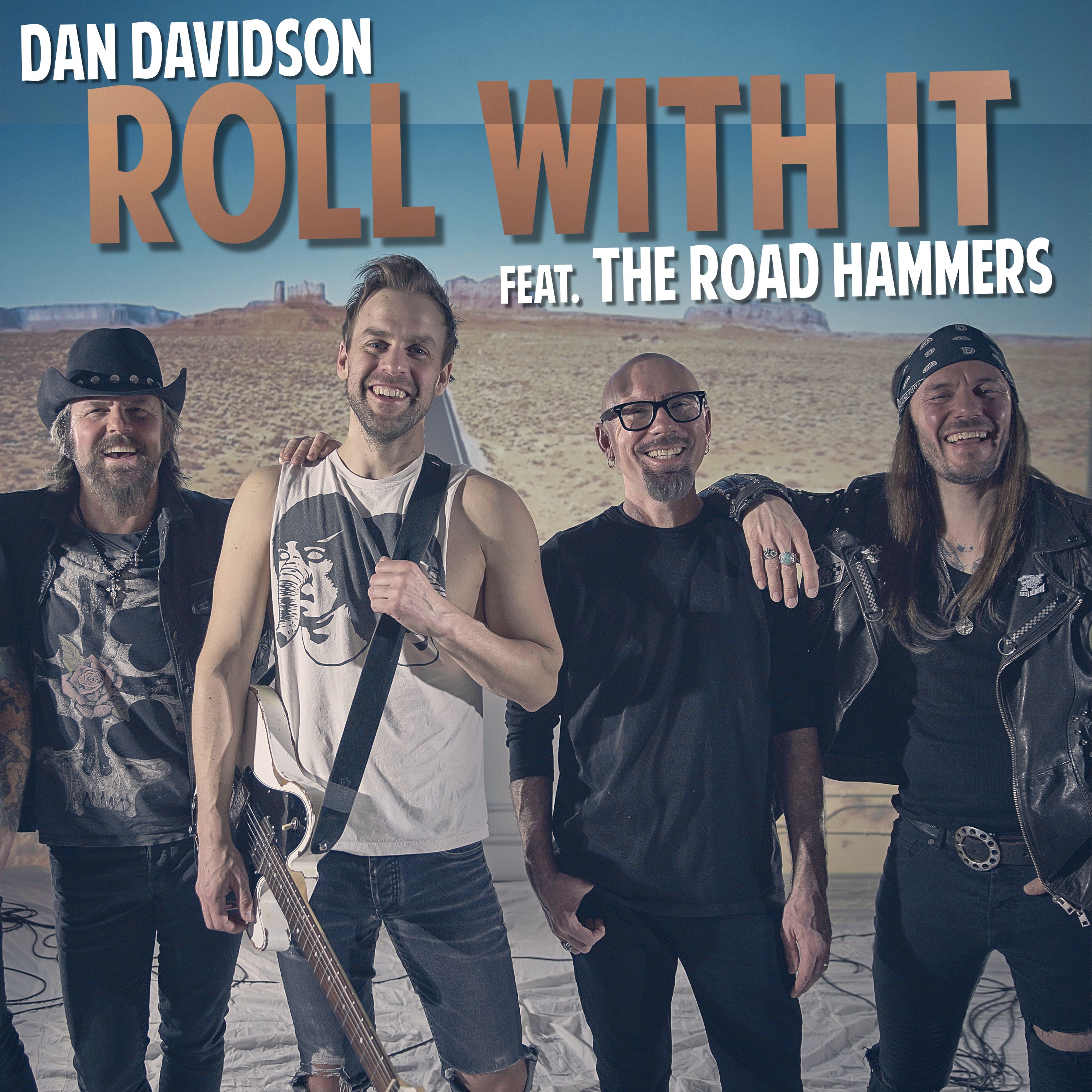 It is produced by two-time CCMA Producer Of The Year Jeff Dalziel. Dan’s single “Roll With It” features his good friends The Road Hammers (Juno/CCMA award winners and the highest selling Canadian country band in history).

Alberta’s country sensation Dan Davidson has created undeniable momentum in the last few years. With 6 CCMA nominations, 10 ACMA awards, a gold record, a number 1 selling Canadian song and record, top 20 charting numbers and hundreds of performances – it's easy to forget that he is still independent.

Dan exploded onto the Canadian country scene in 2016 with the release of his second single “Found” (Co-written by Clayton Bellamy of The Road Hammers). Dan became arguably the indie story of 2016/2017 as his single “Found” rocketed up the charts and he became the #1 charting indie artist in Canada. It was also the #1 selling Canadian country song for several weeks in July and August 2016. On just his second release ever in country music – he has a GOLD single. The following singles helped further his momentum with more top 20 recognition and solidified his name as an artist on the rise – definitely someone to watch as he nears his first platinum record.

Dan is only 5 years into his country career but is far from “green” in the music industry. He spent over 10 years playing in the well-known Canadian indie rock band Tupelo Honey (who had several top 40 hits, top-selling iTunes records and toured with bands like Bon Jovi).

Dan’s country sound came together as he started writing and working on music with Toronto's Award-Winning Producer Jeff Dalziel (Washboard Union, River Town Saints, Autumn Hill, Brett Kissel) and the two spent the better part of a year developing an EP that’s characteristic of Dan’s love of “good time” music. Those “good time” vibes are also a huge part of his personality.

One view of his music videos and you will understand that the fun, sincere energy Dan brings to country music is truly unique. The video for “Found” cost only $500 and yet somehow it was top 20 on CMT; the video for “Barn Burner” involved Dan dressing up as a mixture between John Wayne and Elton John, wandering the streets of Tokyo; and of course we can't forget “Say We Did”, which shows Dan converting his garage into a cardboard version Star Ship Enterprise.

Expanding his fan base internationally, Dan played shows in Beijing, China and Tours, France. He then went on to play in Milan and Budapest to film a music video for his upcoming single “These Are My People”. The idea for the music video came about when Dan discovered on YouTube that people from all over the world are line dancing to his songs. He has now played over 200 shows across 7 countries (including a record-breaking 120 show tour with Brett Kissel on the most extensive tour in Canadian history).

While on tour with Brett Kissel in 2019, Dan’s EP “Juliet” was released, and debuted at #1 on the Canadian iTunes Country charts. The album was later nominated for Roots Album Of The Year at the 2019 CCMA, and was the album that won for “Producer of the Year”.

Recently Dan has been writing for/with Gord Bamford, Tim Hicks, W3apons, The Congregation, Chad Brownlee, The Standstills, and so many more. As a songwriter, he has had top 40 songs in 3 genres now and continues to keep the creative momentum rolling alongside his artist career.

''Dan Davidson'' undoubtedly is one of the best entertainers performing on the stage today,'' says Kim Cyr, Editor in Chief for NOW and THEN Magazine and host of the International Music's Journey Podcast. Dan knows how to write great music and he knows the music industry so it is no surprise to me that the country music scene saw what we all heard and knew he was in the rock band Tupelo Honey.  Country music is such a great fit for him.  He is a creative genius with his songwriting and a great producer himself.  Dan can wear all the different hats and crank out the hits one after the next.  One of the memories I have of meeting Dan in the Tupelo Honey era is his confidence as a performer and his genuine positive attitude that made it so much fun to be around him.  He is a star and it does my soul good to see him killing it in Canadian country music.  He is born to do this and he is only getting better and better.''

''Dan Davidson's latest single ''Roll With It'' feat. Canadian Country Royalty The Road Hammers is the song you can let loose to and have some fun,'' says Cyr. ''If this song doesn't kick start your summer, then nothing will.  Whenever I hear that Dan Davidson has a new single, it's going to be a great day!   To listen to all the stories that will have you laughing and smiling, click on my interview below.''

Roll With It (Ft. The Road Hammers) - Official Video