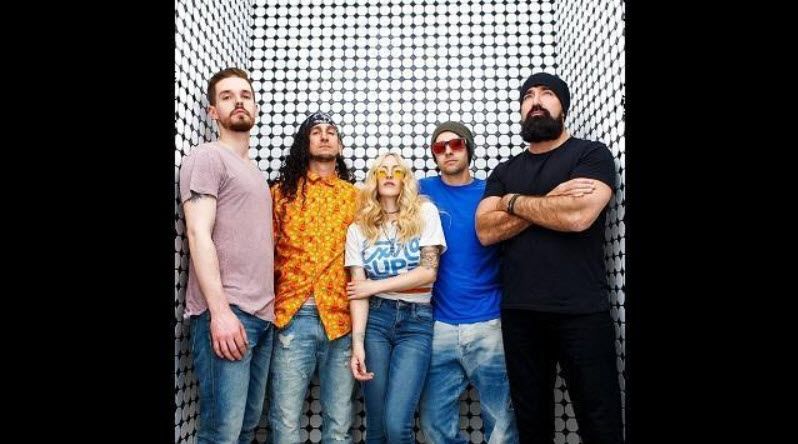 Fans were recently left shocked following an announcement from Burlington-based band Walk Off the Earth which stated that their piano and keyboard player Mike Taylor, known to fans as Beard Guy, had passed away.

The band took to their Twitter page shortly after 7:00 p.m. on (Dec. 30) to break the news, stating that Taylor passed away from natural causes.

"Our deepest sympathies are with his two children, whom he adored more than anything else in the world," the post reads.

"We ask for privacy for his family in this trying time."

Walk Off the Earth is a well-known Canadian indie pop band from Burlington.

The city's Mayor, Marianne Meed Ward, released the following statement on the passing of Taylor.

We are all deeply saddened to hear of the sudden death of Mike Taylor. Our city joins together in mourning this tragic loss, and sending condolences to Mike's family, band mates, friends and fans at home and around the world.

Flags at Burlington City Hall have been lowered to half mast in Mike's honour. 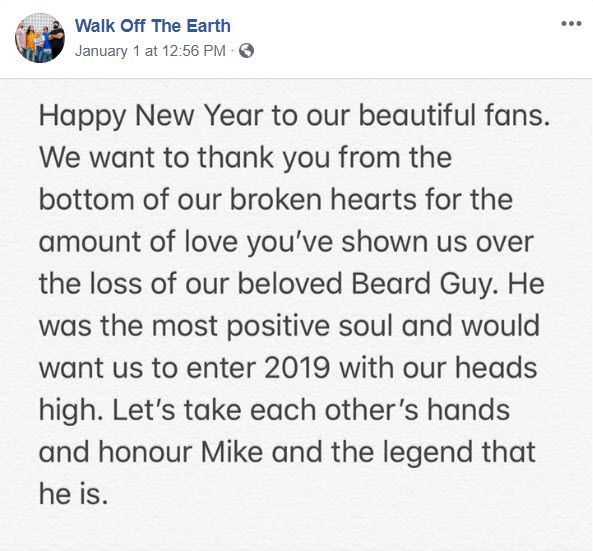 Mike and the other members of Walk Off the Earth are from Burlington, with Mike and his family making their home in downtown Burlington. Mike and the band returned to our home town many times to show their support and love for the city and we thank them for that.

You have left us with a rich musical legacy. Thank you Mike for your contribution to music here and around the world. We will truly miss you.

Photo is courtesy of Walk off the Earth on Facebook.

“It is with profound sadness that we announce the passing of our beloved brother and band member, Mike ‘Beard Guy’ Taylor,” the post stated.

“Mike had a love for life that was unmatched and a willingness to give that went beyond ordinary means.”

A YouTube video for the song, featuring all five band members simultaneously playing a single guitar and singing in harmony, has garnered more than 185 million views.

The band was scheduled to kick off a 2019 world tour with a New Year’s Eve show in Niagara Falls, Ont., on Monday night.

A representative for Walk off the Earth says they won’t be performing, but the show itself — which also features The Sheepdogs and Burton Cummings — will go on.